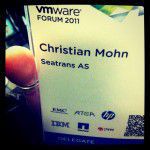 The venue and location at DogA - the Norwegian Centre for Design and Architecture was very nice, but sadly I must ask VMware who the intended audience for the VMware Forum event is?

According to the invitation the audience target is:

People that will benefit from attending VMware Forum 2011 include:

Sadly I fail to see how the VMware Forum 2011 in Oslo would be very beneficial for existing VMware customers, at least not at a technical level. To me it seems like VMware Forum 2011 was more geared towards potential new customers that haven’t seen the benefits of virtualization yet, rather than being an even for existing customers who are already running their products in their production environments. To me this is a bit strange, since it’s very likely that all of the attendees are existing customers already! 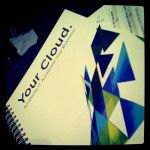 There were three “tracks” you could follow during the event, one of them mainly led by VMware employees, the other two were sponsor driven and as far as I could gather it was mostly marketing and not geared towards the more technical attendants of the event. Even the VMware led presentations were mostly marketing biased, and did not dive deep into any sort of real world scenarios where I as an existing vAdmin could get any real value out of it.

Even with presenters like Vittorio Viarengo, VP of Desktop Products at VMware, VMware failed to bring anything significantly new to the table and the presentations pretty much all started with VMware explaining their vision of “The Cloud” and their customers “Journey to the Cloud” (private, public or hybrid). I don’t mind VMware evangelizing their cloud vision, and I fully expect them to, but as an attendee I don’t see why every presentation needs to start with the same slide deck explaining their three steps to the Holy Grail of Cloudification:

In the keynote, that’s fine, but why do I need to see that slide, and it’s explanation, in every other session too? I understand that VMware is delivering a message, but frankly doing it this way is somewhat insulting to someone who grasps the concept and got up at 05:00 am to catch a plane to attend the event. 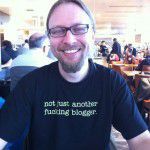 Perhaps I’m being overly critical, but VMware Forum 2011 did not meet my expectations by a long shot. Of course, meeting up with Lars Trøen (blog) and Vegard Sagbakken has a value on it’s own, but that’s not the primary reason I had for attending VMware Forum 2011.

Next year, please include a “technical” track us existing vAdmins can follow and get some real value out of. Give us some real world use cases, presented by the clients themselves, highlighting some non-marketing/fluff based scenarios. Admins want the real deal, not cloudspeak. 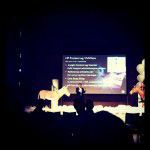 I did get one real thing out of the event however, and that is what Fusion IO and HP are doing with integration in their blades. You can read more of that over on Lars new site Core four. Fusion IO, HP Blades and VMware View sounds like VDI nirvana, even if Atea did bring a paperboard Donkey and Horse on stage with them while presenting.