After decompressing for few days, I’m finally able to wrap my head around the Veeam Vanguard Summit 2018 in Prague.

The Veeam team provided loads of great content for us Vanguards, both public, embargoed and NDA rated. I won’t go into much details about the technical content provided by Veeam, since Karl Widmer already has done that in this series of posts:

What I will say, however, is that Veeam did an awesome job arranging this event, bringing most of the 2018 Class of Vanguards toghether in Prague. The content was great, and the discussions even better. I’d like to extend my thanks to everyone who contributed but especially to Rick and his Product Strategy Team (with associates). You guys rock! Perhaps we need to start calling you the Rockatron from now on.

That being said, the summit would simply not have been such a success without the active collaboration and involvement from the Vanguards themselves. It’s one thing to logistically get everyone to meet up, and plan content beforehand, but what really makes it happen is the people attending. I know I have mentioned this before, but I think the level of engagement the Vanguards display is what really makes the program unique.

Another thing is that Veeam facilitates, and even encourages, that you bring your spouse or significant other(s) with you. They were all welcome to join the evening events, which included dinner monday night (we actually drank the bar dry…) and a river boat trip on the Wednesday. There were even kids, and small babies (besides the Vanguards), attending this year, which is just awesome!

You can even see them in the official Vanguard Summit 2018 photo: 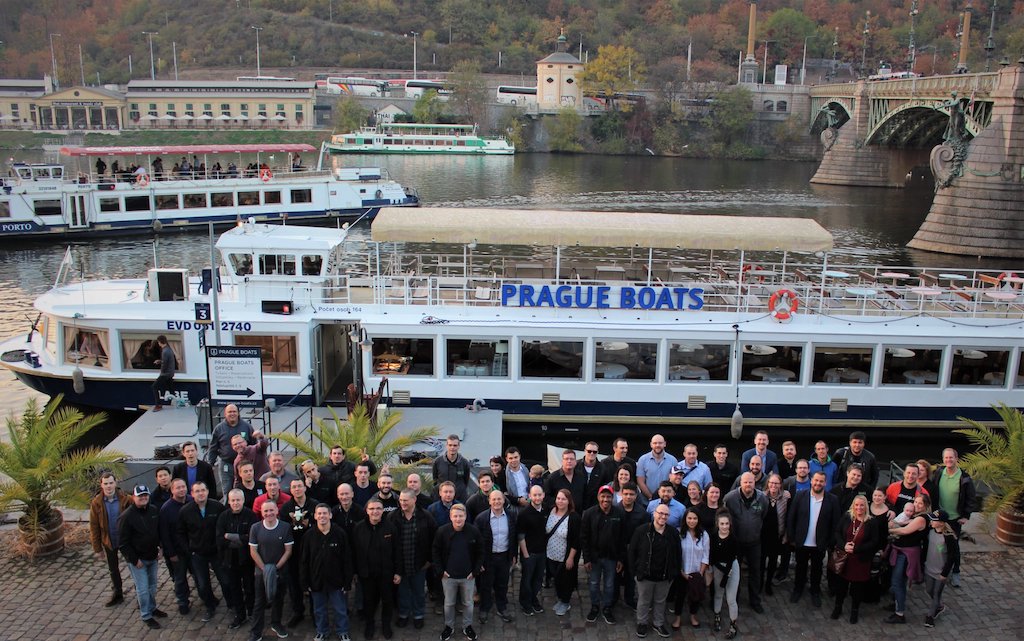 As usual, the Vanguards were pretty active on Twitter during the event, and I have personally never seen such an active WhatsApp group ever…

Even if the agenda was pretty packed the whole week, I had time to record a quick Podcast with the Virtually Speaking Podcast, talking about fire, blood and flood and I am looking forward to listening to everyones war stories once these gets published.