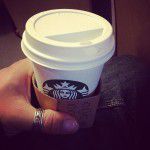 Just like last year, I got up really early and caught a 06:40 am flight from Bergen to Oslo to attend the VMware Forum. A couple of things have changed since the last time, one of them being the venue.

This time around it was held at Ullevaal Business Class, and the venue itself worked great for a one day conference like this, divided into three sections, two for parallel sessions and one for the exhibitor area. 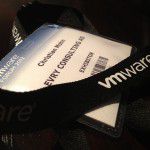 One of the other changes from last year, is that I now work for a VMware Partner, who was also a Platinum Sponsor of the event. This was my first event working for a partner, and I even had booth duty! Talking with customers in a partner setting is quite different from being a customer yourself, so that was interesting in an of itself. Sadly this also meant that I missed most of the sessions, but I did manage to catch the keynote by Brian Gammage, VMware´s Chief Market Technologist. 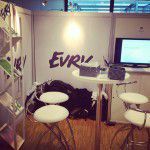 I even got a “1-on-1” session with Mr. Gammage, accompanied with a couple of my colleagues from EVRY Consulting, which was really interesting to say the least. Listening to someone extremely knowledgeable and visionary, in a small non-speaking setting was an eye-opener with regards to how VMware sees the future of end user computing. Sadly I can´t go into details about it, but I´m confident that VMware has a strategy in the works that might just surprise more than a few people.

Unfortunately this “1-on-1” session collided with both Joel Lindberg´s and Lee Dilworth´s sessions, so I didn´t catch any of those, which in reality was the two sessions I was looking most forward to beforehand. Also, what´s up with scheduling both those sessions against each other, that sounds like a bit of bad planning from the organizing committee.

I did however get to meet both of them in the exhibition area, even if only ever so briefly. I also met up with both Vegard Sagbakken and Stein Willhelmsen from VMware, Mike Beevor from Whiptail and Linus Svensson from Veeam.

All in all I think VMworld Forum 2012 in Oslo was a step in the right direction compared to last year, but it´s still not a very technical event and I don’t´really think it is supposed to be. Perhaps my expectations for it last year were a bit high, and this year they might just have been a bit to low.

Oh, I even spotted Cody Bunch´s Automating vSphere with VMware vCenter Orchestrator book in the wild!