VMworld 2018 US is upon us, and as per usual this means a lot of new announcements. One of them is vSAN 6.7u1 which comes with a bunch of new and useful features. This release mainly focuses on improved operations and maintenance, with a bunch of nice new additions.

I’ve focused on a couple of them here, but this is not a defintive list!

Firmware and drivers for vSAN has now been moved into VMware Update Manager (VUM) for centralized management, this means that the vSAN IO Controller Firmware Tool now integrated into VUM.

The vSphere Cluster Quickstart is a new cluster, host and network configuration workflow. It enables easy addition of new or existing hosts, in bulk, with built-in pre-checks and recommendations. 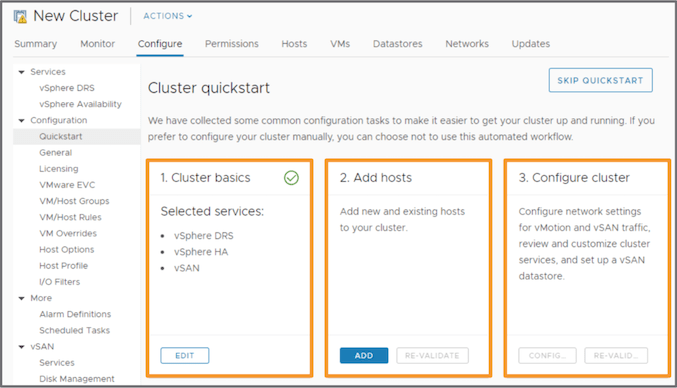 Yes! Finally we get space reclamation from guests on vSAN as well. 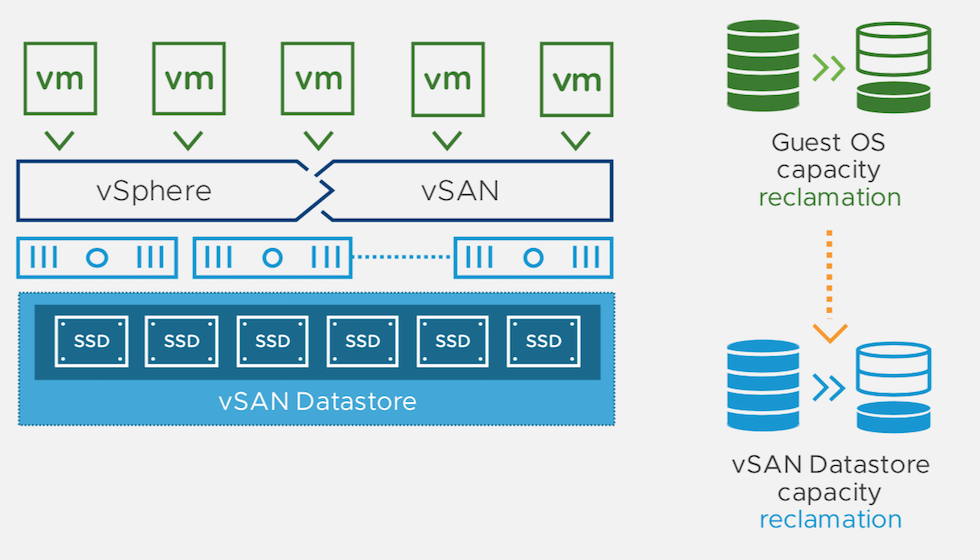 There are other improvements as well, but I’ll leave those to a later post — Preferrably once I get my hands on the actual vSAN 6.7u1 bits!