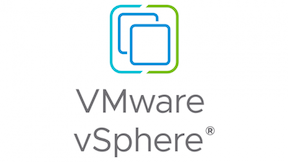 Back in November 2021, VMware vSphere Update 3 was released and then ultimately retracted again due to critical issues with the code base and upgrade procedures — For details, see KB article 86398.

As of January 27th, VMware vSphere 7 Update 3c is now available for download!

As always, read through the Release Notes before upgrading your installs, in this release there are some quirks if you are affected by a dual driver conflict with the i40en and i40enu VIBs for the Intel network driver:

When you start the update or upgrade of your vCenter Server system, an upgrade precheck runs a scan to detect if ESXi hosts of versions potentially affected by the issues around the Intel driver name change exist in your vCenter Server inventory. If the precheck identifies such ESXi hosts, a detailed scan runs to provide a list of all affected hosts, specifying file locations where you can find the list, and providing guidance how to proceed.

IMPORTANT: You must first upgrade the list of affected hosts to ESXi 7.0 Update 3c before you continue to upgrade vCenter Server to 7.0 Update 3c. You can upgrade ESXi hosts that you manage with either baselines or a single image, by using the ESXi ISO image with an upgrade baseline or a base image of 7.0 Update 3c respectively. Do not use patch baselines based on the rollup bulletin.

If the scan finds no affected hosts, you can continue with the upgrade of vCenter Server first.

Normal procedure is to first upgrade vCenter, and then upgrade the ESXi hosts. In this case, that procedure is reversed if the current running version is affected by the dual driver issue. Also note that host upgrades should not be done with patch baselines if that is the case.